With Twitter celebrating its tenth birthday this year, here’s a quick look at how social media has changed the way we think about our company websites.

In the beginning we had the company website. In many cases, it wasn’t pretty, but it was there. Die-hard geeks presided over the mysteries of HTML, databases and servers - and frequently created websites so ugly they could make grown men weep. Except that back then we didn’t know any better. Just having a website was quite an achievement.

Then the online world got more sophisticated. Lots of us (or at least those of us of a certain age!) still think of social media as being a relatively new part of the online landscape. But in reality, LinkedIn, Facebook and Twitter have all been with us for a decade or more. Even the relative ‘newcomers’ like Instagram (2010), Snapchat (2011) and Pinterest (2011) really aren’t new kids on the block; and the next big thing has probably already launched, we just don’t know it yet. 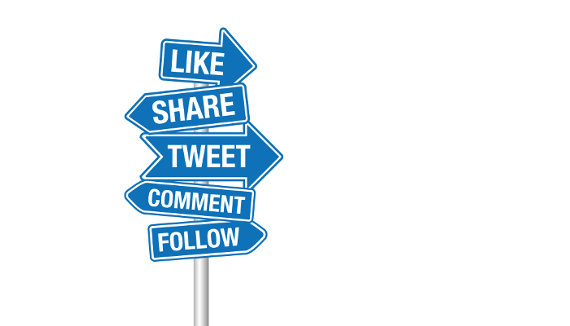 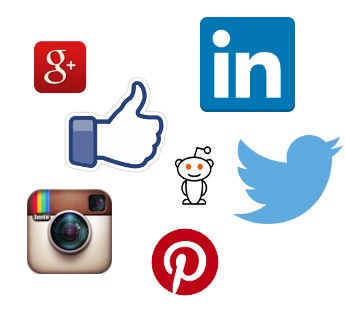 The growth of social media

Initially, marketers were pretty sceptical about social media. It’s all very well for kids, they said, but I couldn’t possibly sully my nice grown-up brand by messing about on Twitter. But it didn’t take very long before there was the sound of a distant stampede as marketeers figured out that actually, social media was potentially a very good way to engage with existing and potential customers.

It’s pretty tough environment, and there are brands that learned some hard lessons – and some still are. Get it wrong on Twitter and there’s ridicule and backlash and brand damage galore. In 2012 Waitrose was much parodied after inviting shoppers to complete the sentence “I shop at Waitrose because….” (#Waitrosereasons). Although it prompted a wave of fairly tongue-in-cheek responses such as 'I shop at Waitrose because the butler’s on holiday’ – it actually generated considerable coverage for the brand, and Waitrose’s PR team showed they could take a joke by tweeting that they very much enjoyed most of the responses.

For a time, with the marketers and brand managers shifting all their attention to social media, there were those who were predicting the end of the corporate website. Why would we need one when we can manage awareness and engagement and relationships on social media platforms? Big brands saw their website traffic drop substantially, while Facebook’s traffic grew and grew.

But obviously the death of the website hasn’t happened, and now most companies have a corporate website as well as a presence on a few key social media platforms. And many are still trying to figure out the relationship between the two.

For many – and certainly for the B2B companies we work with -  a pattern has developed of using social media as satellite marketing, driving traffic to the website, and there are a number of good reasons for doing this:

What we are seeing, though, is a growing willingness to open up the website – once the solumn guardian of the holy grail “the brand” - to all manner of more interesting integrations. We’ve gone way beyond the original ‘integrations’ which involved nothing more than showing the basic (but ever-increasing) selection of buttons in the header or footer of your site. Now it’s common to bring in integrated social media streams showing statuses and feeds from a variety of other platforms.  Pulling in a feed of all #hashtag mentions of your brand is an easy, fun way to demonstrate the buzz you’re creating; Instagram can be used to create an engaging social photo gallery; or if you have any kind of sign-in function then allowing visitors to use their social media logins always wins brownie points. And who knows what will be next? Perhaps company drones giving a fly-on-the-wall view of corporate of events, streaming directly through social media channels and onto the website? So-called ‘social’ behaviour doesn’t have to end on Twitter or Tumblr, it should be just as comfortable on your website.