So what does Chrome mean for Mozilla, and for me?

As a post-script to my post on Google’s newly launched browser, Chrome, I just wanted to add some thoughts on what this means for Mozilla. Their browser, Firefox, is currently the best browser out there. It’s open source, its robust, its standards-compliant and it’s packed with features. And the thing that’s causing some raised eyebrows around the web is that Google is in quite serious partnership with Mozilla: their input in return for setting Google as the default search engine in Firefox amounts to a hefty percentage of the company’s revenue. So what do the folks at Mozilla think of Google stepping on their toes? 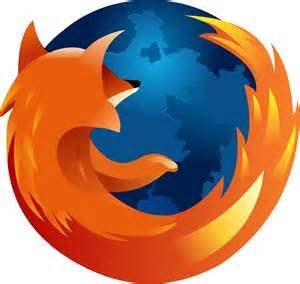 Well, they have been pretty quick to state that they’re not upset . Both the CEO John Lily and European President Tristan Nitot have commented fairly extensively and reading between the lines, the message seems to be ‘yes, we did get a bit sideswiped, but we’re big boys and we can all get along’. Whilst they seem to be a little on the back foot with this one, they also seem relatively confident that both companies have the best interests of the web at heart and that they can co-exist supportively. And although they’re hardly likely to stamp their feet and scowl in public, I would like to believe them.

“more smart people thinking about ways to make the Web good for normal human beings is good, absolutely. Competition often results in innovation of one sort or another” (John Lily)

They also seem to suggest that Chrome is aimed in competition at IE, rather than at Firefox; which is okay with me.

…And so what does Chrome mean for me? As web designers, another browser to contend with could be the stuff of nightmares. It’s already tricky enough to build good looking, usable sites which perform well across all browsers without any quirks in display, design and layout. So is the amount of time and aggravation involved in testing and bug fixing cross-platform about to increase? Well, Chrome uses Webkit, an open source rendering engine also used by the latest version of Safari – so hopefully any layout oddities which appear in Chrome will be the same ones we’ve already fixed for Safari. The main thing to note from a design point of view is that Chrome, like Safari 3, won’t tolerate anything other than a charset declaration on the first line of your CSS. Anything else – even perfectly valid CSS – on line one, causes complete CSS failure.

Of course, what would be really nice for us designers would be for Google to spare us a thought and add into Chrome the recognition of conditional statements so that we can just load in a new, specific stylesheet to fix any display bugs.

Still, barring that one CSS thing to remember, I certainly haven’t seen any web page disasters in Chrome, so fingers crossed it wont mean any extra work, just better browsing.