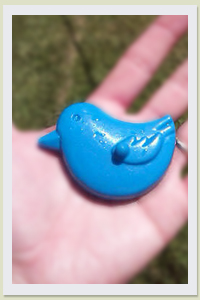 It seem’s there’s no escaping the rise of Twitter. The bite-sized micro-blogging platform divides people like few online services before, some proclaiming it the greatest advance since the search engine while others look on bemused.

Whatever your personal take on it, inevitably the question “… Do we need a corporate Twitter account?” will surface in a marketing meeting soon (if it hasn’t already!). If this isn’t immediately followed with the more proactive “… How can we use a corporate Twitter account successfully?”, then the answer is probably “No”. Few things shout ‘bandwagon’ more clearly than an abandoned Twitter account, home only to a couple of tentative “Right, lets give this a go” tweets from months ago.

However, if you’re prepared to put in a little more effort Twitter can prove an extremely useful corporate tool. It can be a little daunting at first though, so we’ve put together a few tips to help you on your way to building a successful corporate presence in the Twitterverse.

Be clear on your purpose…

In our experience, too many company Twitter accounts are ambiguous in their engagement model. There are essentially two options: use the service purely as a PR and news distribution channel, or interact directly with other Twitterers.

The former is quite acceptable if you’re generating a reasonable amount of news or blog posts, if a little uninspiring. Simply hook up an RSS feed of your output to a service like TwitterFeed and you’re good to go. Be aware though that if opting for this ‘hands-off’ approach it’s best practice to make it very clear that this is an automated, feed-only account in the “Bio” section of your profile. Far better to warn prospective followers not to expect a response from the outset, rather than risk disappointed followers and a negative perception of your brand.

In our view, the preferred option is to roll up the shirt sleeves, loosen the tie and dive in headlong. Engaging directly with other users is when the real business potential starts to emerge, with companies that “get it” standing clear from their competitors. It’s this aspect that often seems most problematic to corporate users, so we’ve identified what we believe to be the three most important things to remember:

Be human!
When so much business interaction is governed by legal departments and approval processes, this can often be the hardest one to overcome. Twitter is at it’s most powerful when approached as a two-way conversation, which requires a degree of freedom from the party-line. While this may be a leap too far for some companies, brands that display a human face are afforded a great deal more respect than those transparently re-packaging their PR.

Follow back…
Unless you’re adopting the distribution channel approach, failing to follow back is not only bad form – you’re also passing up an opportunity for some free, low-level marketing research! A follower is someone who has actively tracked your company down amongst the thousands of users on Twitter and expressly stated that they want to know what you’re doing. Are you not in the least bit curious as to who they are? Are they a customer? A lead? The press? A competitor? When considered in these terms, why on earth would you NOT want to follow back? Most third-party Twitter applications make it possible to group followers, keeping things manageably when numbers start growing significantly.

Keep your eyes peeled…
Twitter’s search facilities are one of the most powerful aspects of the service. The real-time nature of the search system makes it possible to spot a mention of your company or product instantly, and react accordingly. This places the tools for online reputation management directly into your hands. Imagine the following scenarios…

You issue a product announcement under strict NDA. One of the less scrupulous blogs on your distribution list leaks the story in advance. Like many blogs, the post is auto-tweeted to Twitter to drive traffic. Twitter’s search instantly picks up the product name and notifies you, enabling you to take the necessary action to maintain the NDA before the story spreads.

A customer tweets with frustration about a problem they’ve encountered relating to your company. Twitter’s search again makes it possible for a support representative to reply immediately and directly, resolve any issue and manage any potential negative feedback. Additionally you gain the reputation for being responsive and proactive.

These are just two examples, but we’re confident you can think of plenty of other instances where instant feedback would be of benefit.

Of course, all of the above requires an investment in time. But applications like Tweetdeck or Seesmic Desktop make things significantly more manageable, centralising most of the commonly used functionality and minimising the dent updating can make on your day to minutes rather than hours.

And you never know… you might actually find it fun!