How to plan a website that evolves with your business 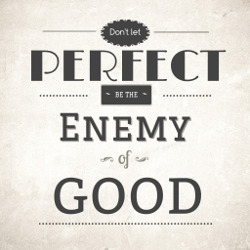 Don't know how to ensure your website will still be relevant in three to five years? Put the crystal ball down - there is a better way.

A few years ago now, I was in a planning meeting with another agency. We were at the requirements capturing stage for a major overhaul of the company website. The existing site hadn’t been reviewed in any detail for a couple of years and the salespeople were starting to complain that instead of supporting their work, the site had actually become an embarrassment, making it more difficult to bring in business.

So there was an extensive list of things that needed changing, and lots of really good ideas for new features to improve user engagement. The research had been done on what was working on the existing site (and what wasn’t), as well as some competitor research to see what ideas the rest of the market was experimenting with. It had taken a lot of effort, but we now had the draft for a requirements document which would shape the spec for the new site. The meeting looked about ready to wrap up, when one of the marketing team threw in a bit of a curve ball.

How long will we have this iteration of the site? he asked. Everyone looked at each other. Oh, I don’t know, came the response, we had the current version for about three years, so it’ll probably be about the same?

Jon looked confused. But by that time it will be horribly out of date, won’t it? Won’t we need to do it again much sooner to avoid ending up with this situation again?  Well yes, everyone conceded, it probably will be out of date. But the requirements for the website are driven by the business, the audience, the market. Without a crystal ball, how can we know what the site will need to be or do in one year, let alone two or three years? And we can’t go through this whole process every year – we can’t afford the time or the expense!

The meeting moved on, the spec was produced and the website built. But that discussion stayed with me, because it hits on one of the uncomfortable truths of this business. The way we build websites is based on a lot of cost and effort to build something that’s perfect for right now, but which often has a relatively short shelf-life.

Jon wasn’t the only person to have noticed this, of course. Right across the spectrum, people are trying to work out how to design and build things with lower initial cost and better adaptability.  Product design has MVP, or Minimum Viable Product: “a product with just enough features to gather validated learning about the product and its continued development.” What a fantastic idea. Build it, quickly and cost-effectively and without frills, and then ask people exactly what frills they’d like to have. 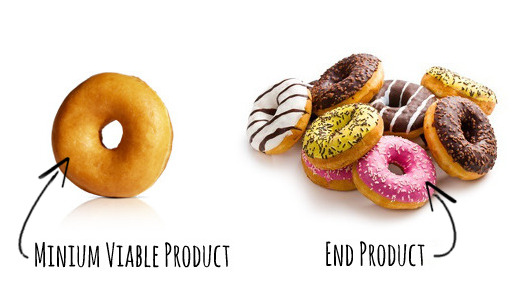 In website design we have a pretty similar concept: GDD, or Growth Driven Design. By initially building out only core elements – enough to meet the minimum functional requirements - and then adding features over time, it reduces that horrible initial cost-and-time investment. And by using data from user interaction with the site to continually inform additional development, it results in a website that works better for your users and for your business.

It requires a little shift in traditional thinking. We all like to create something perfect, and launch it to the gasps of a waiting world. We want to make sure that whatever we’re working on is the absolute very best it can possibly be, before unveiling it in all its shiny perfection.  But the next time your website needs a rethink, it’s worth considering whether there’s a better way.