Will Apple kill Flash and change the way we make websites? 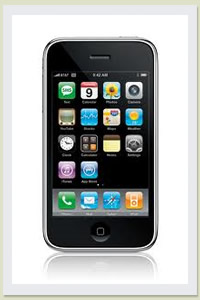 Apple boss Steve Jobs has been unequivocal in his opinion on Flash – Apple does not now, nor will it ever support Flash on its products.

So, with Apple setting the pace in many aspects of the mobile device market; and the increasing requirement for the websites we develop to work elegantly on mobile devices… does Apple’s no-Flash policy mean the end of Flash for corporate websites?

It’s become increasingly important over the last few years to create websites which perform well on mobile devices. There’s no getting away from the fact that websites have gone mobile, and whether it means creating dedicated mobile sites, or just making sure that everything works just as well on the smartphone browsers as it does on the big screen, we’ve had to adjust the way we work to accommodate smartphones and tablets.

And following Jobs’ now famous open letter condemning Flash as being outdated, weak on security, a CPU-hog and all the rest; there was a bit of a backlash against its use from among our clients, with marketing departments quick to specify that it shouldn’t be used. And, in fairness, Adobe didn’t really help itself. At the time of Jobs’ letter, many of his accusations had a ring of truth to them. Because Adobe hadn’t yet got its act in gear and released version 10.1 – the first full version with specific support for mobile devices, there were issues.

However, Adobe wasn’t put off by Apple’s disinterest, and announced that since Jobs & co wouldn’t play nicely it would simply go away and find some other people to play with – namely Android, RIM, Microsoft and Nokia. And since Flash 10.1 came out last year, things have improved for Flash in the mobile market. Adobe announced this month that the Jobsian antipathy to Flash has not driven it from the mobile devices market. Far from it – Adobe’s figures reckon that over 20 million smartphones either shipped with, or were upgraded to Flash 10.1 last year. That’s a lot of Flash support on mobile devices.

So does that mean that Flash is back in the frame for website developers? Well, at least for us, it doesn’t look likely. It’s probably fair to say that ALL of our clients have an iPhone- or iPad-owner somewhere in their senior marketing or management teams… as do their customers – and personal experience is very relevant in the decision-making process. So while it’s great that Flash is still something we can employ if it’s absolutely the right tool for the job, it’s likely that we’ll continue to use alternatives, simply because of the kind of sites we build and the audiences those sites address.