Tech start-up? How to get more from your first website.

Use your website to build credibility for your start-up or scale-up, fast.

The technology sector is one of the fastest-growing and most exciting industries in the UK. In the first six months of this year alone, a staggering $1.3 billion in venture capital was agreed within the UK tech sector – making it one of the fastest growing sectors in the country, outstripping the rest of the economy by over 30%.

With tech funds, technology incubators, and of course some amazing home-grown technology expertise and inspiration, it’s a fertile ground for new ideas to flourish. 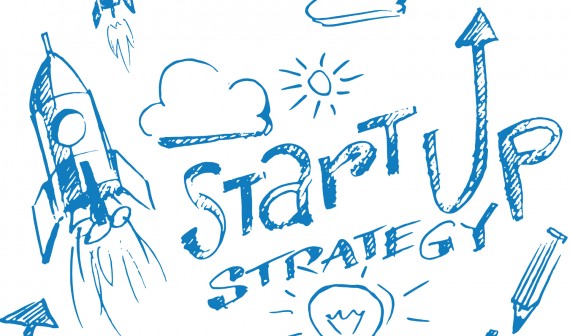 But succeeding with a start-up isn’t easy. The first year is spent in stealth mode - working out market fit, building networks, probably making a few mistakes and then navigating around them.  In year two a product or service is taking shape, and by year three with any luck you’ll have gained some momentum and be ready for bigger and better things - but there will be a lot of hard work still to do.

As a start-up, you don’t have the luxuries afforded to larger, more stable companies. You don’t have a marketing department and a finance director and an R&D lab. You have to do everything yourself, or find someone you can trust to do it with you, on a limited budget. And, because the barriers to entry in web design are relatively low, and you’re starting in stealth mode anyway, it’s tempting to economise on your website when you start out. Putting something up in Wix or WordPress is an easy way to tick something off the extensive to-do list that comes with founding a start-up. It’s a short-term fix to be addressed later, and it solves the immediate problem.

But here’s why that might not be the most beneficial thing for your business: a poor website can do serious damage to credibility.

Although intangible, credibility is the currency of start-ups. And building credibility is one of the biggest start-up challenges. Starting from nothing, you need to convince everyone – from potential investors, potential partners and potential hires through to those all-important potential customers – that you’ve got something real.  Something worth joining or investing in, and a product worth buying.

75% of users admit to making judgments about a company’s credibility based on their website’s design.

We've all heard that nine out of ten start-ups fail. But the ones that succeed, have some things in common. They have a product that’s a perfect match for a market; they scale fast and they’re credible, resilient and versatile.

Sure, with start-ups people are prepared to believe in ideas; but those ideas need to be communicated effectively – that is, via a website that’s aligned with the business stage and growth plans. And yes, with start-ups many of the early connections are made through offline networks; but you can be sure that those contacts will be checking out the website the minute they’re out the door. It’s second nature to Google something as part of any due diligence, and (based on Stanford Web Credibility Research) 75% of website users admit that they judge a company’s credibility based on the design of the company website.

So you might think you don’t need much from your website early on, but in fact a strong early stage website will establish you as a credible business. It will help you attract investment, and the right kind of employees, both of which will enable you to scale quickly. And by roadmapping it right, the early stage site needn’t be scrapped as the business scales, but rather it can scale and evolve right along with it.