Straplines: the good, the bad and the ugly

When I switch on my laptop, it puts up on the screen “In search of incredible”. And I always think “Really?” - because I thought I was just going to watch Netflix. Asus’ strapline is supposed to hint at striving to deliver incredible ideas and experiences in everything they do, but does it really help convey anything about the company?

A strapline is supposed to encapsulate the core value of your business.

A strapline is supposed to encapsulate the core value of your business, telling customers about who you are, what you do, and more importantly why that’s great for them – in just a handful of words.

Straplines are all around us, to the extent that we mostly don’t think about them. Some are instantly forgettable, others fall flat on their faces, and just a few are works of genius.  Take Ronseal’s “does exactly what it says on the tin”, for example. Not only did it nail exactly what you want from the product, it resonated so much with people that it became part of the lingo (the phrase was not in popular use until Ronseal’s 1994 campaign). Similarly Duracell’s “lasts longer” drives right to the heart of what you want from your batteries; and Pickfords “the careful movers” – describes exactly what you want from the folks you’re trusting to pack and transport all your prized possessions across the country. 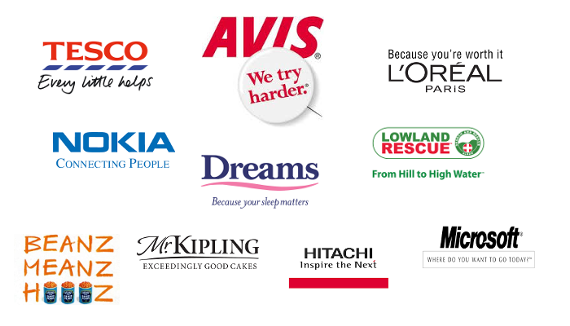 Other straplines don’t describe the product, but skilfully position it in the market.  Stella Artois’ “Reassuringly expensive” cleverly elevated a mass-produced beer to seem like something a bit more aspirational, and simultaneously justified its slightly higher price point. That was before Stella became associated with drunken violence, of course: an image the brand had to work hard to shift.

Unsuccessful straplines, on the other hand, can invite ridicule, highlight a company’s failings, and ultimately damage the brand - like British Rail's ill-conceived 1980’s slogan "We are getting there". A pun on transportation, it was intended to convey the idea that they were working on much-needed improvements to their service. However, the improvements weren’t visible to the naked eye and frequently BR's passengers weren't in fact getting anywhere. As a result the slogan was heaped with ridicule and quietly retired shortly after.

A good strapline should be simple and speak clearly to what a customer will value about your product or service. It should avoid being overly clever or using aspirational phrases that don’t really fit with your business (maybe Asus can get away with ‘in search of incredible’ but I’m pretty sure Freshleaf would be laughed out of the room if we set up with something like that).  It should also be short, easy to remember and easy to say.  For more tips on the do’s and don’ts of straplines take a look at “what makes a good strapline?”