First look at Adobe’s Wallaby: a short hop closer to getting Flash on your iPad?

Only a couple of weeks ago we blogged about the issue of Flash on Apple devices and the impact that may have on the way we build corporate websites.

But it seems that Adobe had a plan waiting crouched in the development underbrush, waiting to leap out and tackle the issue head-on.

Yesterday the software developer made public their ‘development preview’ (early beta to you and me) of Wallaby, which in their own words is “…the codename for an experimental technology that converts the artwork and animation contained in FLA files into HTML. This allows you to reuse and extend the reach of your content to devices that do not support the Flash runtimes…” In other words, Flash goes in one end, HTML5 comes out of the other, and your iPad or iPhone is none the wiser.

It almost seems too good to be true, so we thought we’d download it and see how it shapes up… 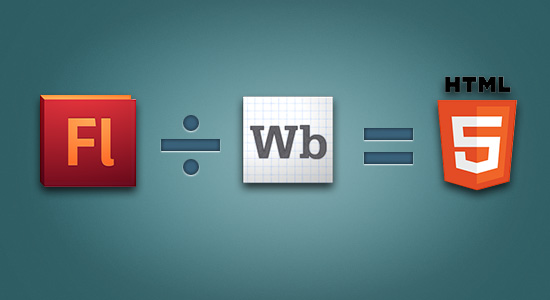 The first thing that becomes apparent is that this is still a very early preview, one step beyond a proof of concept more than anything else. The converter only works with files saved from Flash CS5, and the list of elements it doesn’t support is longer than those it does. ActionScript is totally unsupported (even timeline commands like “stop”), so this is purely for animated eye-candy at this stage, and the resulting file only really plays nice in Webkit-based browsers like Chrome and Safari.

Those limitations aside – and lets be fair, this is a very early preview – Wallaby has a surprisingly competent crack at converting an animated Flash sequence to HTML5. The banner animation we threw at it was complex to say the least, and while some of the subtler aspects (image fading, masks etc) didn’t make the cut, the motion sequence was spot on. And the rendering and playback speed was impressively slick and smooth.

After output, Wallaby presents you with a folder full of bits and bobs. Any bitmaps in your original FLA are saved as PNGs, and vector shapes and fonts are converted to SVG files. The HTML page produced is loaded to the gills with DIVs – in practice probably best tucked out of site in a lightboxed window – and there is a fun-packed CSS file, pushing -webkit-transform to the limit. Two JavaScript files are also produced – one with the functions to run the sequence, and one for the jQuery framework that handles the heavy lifting. The resulting bundle of assets for our test file was rather hefty – over twice the size of the equivalent SWF. But much of this could be compressed and, as we said above, the test banner we fed it was a bit of a beast.

Overall though the result was impressive, especially for such an early-stage preview. Sure, timeline commands aren’t supported at the moment, but this is surely just a matter of time. And basic clickable hotspots look like they should be reasonably straightforward to integrate, which means we might not be abandoning Flash for interactive eye-candy just yet.

Adobe have got too much invested in their Flash product line for Wallaby not to grow and develop, and we’ll be keeping an eye on their labs with interest!