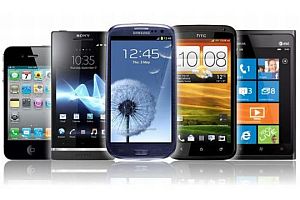 So Google announced a while back that it was going to roll out some changes to its algorithm later this month that would increase the degree to which mobile-friendliness is taken into account in mobile searches. The update is expected to be significant, similar or greater in scale to the ‘panda’ update, which shook up the rankings to a considerable extent.

And as is the case every time Google announces a big update, there has been widespread speculation across the web about exactly what this means, how it will affect rankings, and what are the right and wrong things to do in response…. and there seems to be a fair amount of mis-information floating about out there too.

So, what are Google doing this time?

Okay, so while we don’t buy all of Google’s hype, there’s something to be said for looking directly to the source and identifying what Google are trying to do. Which, according to Google webmaster central, is adjusting searches run on mobile devices, to favour sites which perform better on mobiles.

So how much is this going to affect my site?

Well, if you get a lot of your traffic from mobile search, then yes, this is most likely going to result in a drop in your traffic. However, and this is the key thing – if your site performs poorly enough on mobile to be penalised in this update, the chances are that any mobile traffic to your website wasn’t doing you much good anyway.

So, do you need to look at Google’s tool that tells you how well your site performs on mobile devices? Yes. And do you need to do something about it? Yes. But you should do that so that you’re providing an excellent user experience to ALL of your users, not because a so-called SEO expert panicked you into doing so, citing a Google update.